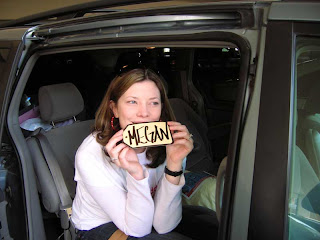 "Megabucks Hoeppner, come on down! You’re the next contestant on The Price is Right!"

That’s right, my dream to be a contestant on “America’s favorite game show” has finally come true. Well…almost. My cute Cor gave me TPIR for our Wii. It's not exactly like the real thing, but it sure is fun. 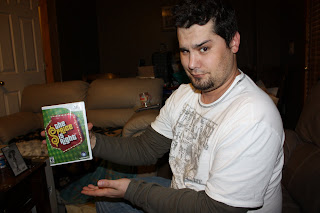 Weeeeee! Look at this sa-weet anniversary gifts from Cor.

I came close to the real deal once…oh, so close. Cor, my parents and I went to Hollywood, just before Bob retired. We drove down, fine-tuning our pricing skills with the Sunday ads the entire way. 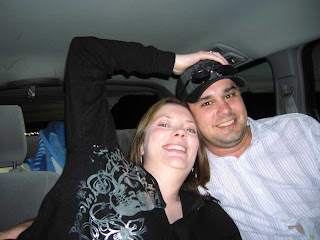 Here we are in Mom and Pop's minivan, practicing our pricing on the drive to L.A.

We even stopped in Vegas and played their version of the pricing game to get warmed up. So fun, BTW. If you haven't tried it, you must pay Bally's a visit. 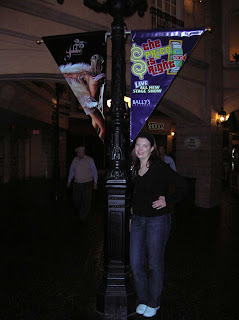 The Price is Right LIVE at Ballys in Vegas is definitely worth the $50. Check it out!

The trip started off on the right track. The incredibly talented Stace Hasegawa made me a shirt with my life’s wish list on it – hugging Bob on TPIR topped the list as the only unchecked item. 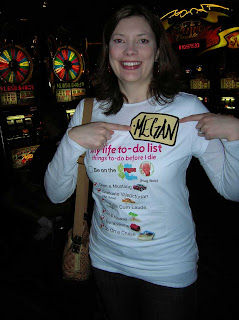 This is the best shirt in Price is Right history. Too bad Bob didn't see his smiling faced perched upon my bosom.

It’s when we got to Tinsel Town that things went awry. First, the “hotel” we stayed at had bugs all over. Ack! Needless to say, we were only there one night before we packed our bags and moved on. 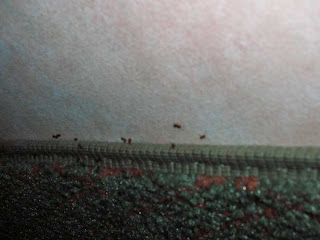 Yes, those are BUGS on the wall of our hotel - just a few of the many that occupied our hollywood hotel room. Eep!

Next, as foolish as this may sound, we didn’t know we had to sleep out on the sidewalk in front of the CBS studios for a chance at tickets. We thought that getting there at 5:00 AM, an hour earlier than the paperwork required, would be good enough. Ha! Amateurs! 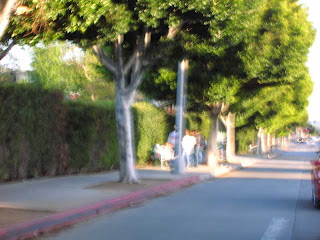 This pic was taken while driving, so it's hard to tell, but those are people lined up to get "tickets" to see Bob. The line stretched around the block!

So, we went to the end of the line and kept our fingers crossed that we’d get in. Well, we didn’t. They ran out of tickets about ten people in front of us. Whaaaa! My Price dream was over…or was it?

In the parking garage, two cute gals overheard my sobs (kind of hard to miss) and gave us their two extra tickets. We were back on. Well, Ma and I were back on. Not so for Pop and Cor (which they didn't seem to mind too much).

Three hours later, Ma and I headed back to the holding area with our tickets in hand, only to find out that they weren’t actually tickets at all. Instead, they were tickets to be eligible for possibly getting a real ticket. WTF? (Don’t fall for it when they say that you can get “tickets” to be in the audience. Those “tickets” DON’T GUARANTEE ANYTHING!)

So we don’t get tickets, but I tell my tale to a CBS gal who says that I can come back at 3:00 PM. At that time they’ll be giving out the remaining spots. Excellent! We’re still on. 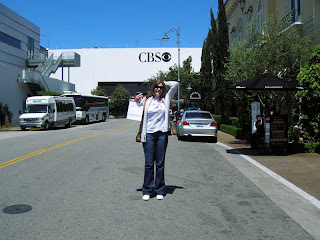 After 12+ hours on/around the CBS lot, we got to know the area pretty well. Maybe I could get a job there as a tour guide on the back lot tour.

So we come back later that afternoon, where we find that gal, who makes an announcement that “when they’re out, they’re out – no crying, no sob stories; that’s it!" OK, we can handle that. So we get in line. We’re moving. My heart is pounding. We’re going to meet Bob. We’re going to be “the next contestants on The Price is Right!” Or are we?

They run out of tickets at the woman two ahead of us in line. This is the same person we stood behind on the sidewalk in the wee hours of the morning. There was another woman in between this person and us. And what does she do? She whines. She tells her poor-me story. And what do they do? They take her aside and give her a ticket. WTF?! Isn’t that exactly what they told us not to do? Plus, this loser was from LA. She could come back any time. So I say as much to the gal, and I again tell her how we drove 12 hours to be there. How we practiced. How we had been out there for nearly 12 hours (since 5:00 AM) and slept with bugs. How the ringtone on my phone was the Price is Right theme song. How I had a box on my shirt that needed checking. None of it mattered. My mom finally had to pull me off the lot. We were out of luck. Devastation set in! 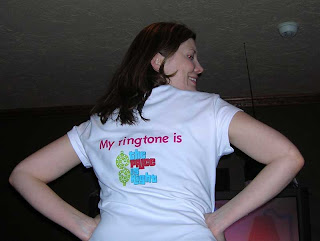 Yes, I still hear that magical theme song every time my phone rings.

It was all I could do not to cry. If Ma wasn’t with me, I probably would have gone mental. Instead, she walked me next door to a big Hollywood mall for a little retail therapy. It didn’t make the pain go away, but it helped. 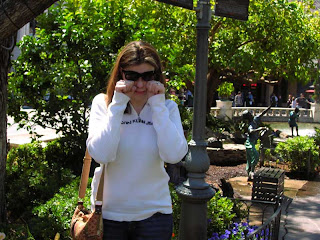 Boo hoo! All of my pricing game dreams broken in an instant.

I couldn’t watch TPIR for months and months after that, but I think I’ve healed. Now I just need to do some more practicing on my Wii before I return to win my showcase! Look out, Drew, that studio of fabulous merchandise will be mine. Oh yes, it will be mine!

oh you poor thing megan. :(
i'm laughing and crying here... seriously, the price is right?! LOVE the shirt too, amazing!! You are a hoot of a storyteller ~ hope that the Wii game helps!!

Heh, sweet friend...oh, how I miss ya! More than you'll ever know! I love this story...my hubby is a P is R fan and we've been there, done that! I feel your pain! Love ya, girlie!

And Bob is lesser of a man for not meeting you. He's probably sitting in his cuishy nursing home drinking his dinner through a straw and contemplating how his life could have been complete.

What a sad little tale, I hope your TPIR game can give you some comfort! You're such a great story teller!

Okay, I know this happened, I remember...but not in detail! Bugs, crying, begging, t-shirt...wow. You are the party Megan! Wherever you go.