Is the Taget lady right? Am I a nerd?

Funny thing happened to me on the aisle of Target. I was browsing, minding my own bid-naz and all, when a customer looked in my basket and the following brief conversation took place:

Stranger: “Now you’re someone who obviously has kids.”
Me: “Actually, I don’t have kids; I’m just a nerd.”
Stranger: “Wow! You are a nerd.”

What the?! Who is this woman, and where does she get off judging my book by my shopping basket cover?

Now I ask you, based on the items in my basket, am I in fact a nerd?

First, the toiletries. Sure, mouthwash and hair care items aren’t the most exciting things to buy, but they’re not exactly nerdy. 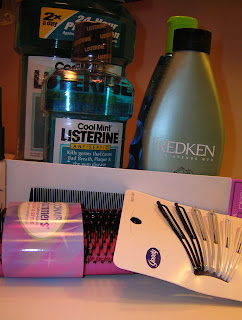 Next, the clothes. I can’t go to Target without perusing the sale racks. I bought a pink nightshirt, a pink cardigan and a gray button-up collar shirt. Is this the wardrobe of a nerd-o-rama? 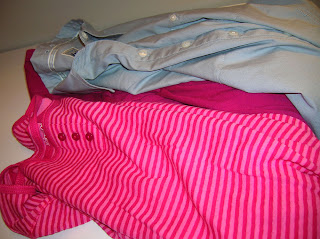 On to the doggie delights. I can’t pass up buying the pups a few chew toys while in the Dollar Spot. What’s so nerdy about a girl loving her pups? 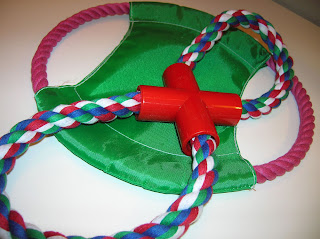 Okay, so maybe this next purchase was a bit on the nerd side, but an airplane trip was in my near future and I wanted some light reading material. So sue me. 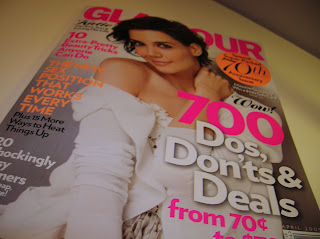 There’s nothing nerdy about Prince, despite what Cory thinks. He’s just jealous of Prince’s style and mad skills. Aren’t ya, honey? (This is a great CD, BTW.) 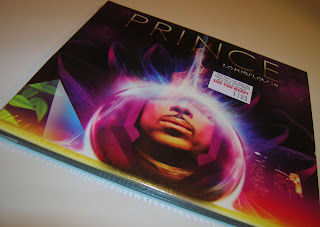 Hippity hoppity, Easter’s on its way, which means Easter baskets are in order. Okay, so maybe I’m childless, but that doesn’t mean I can’t give baskets to my family members. And aren’t these baskets cute? Nothing about a felt chick basket says “nerd” to me. 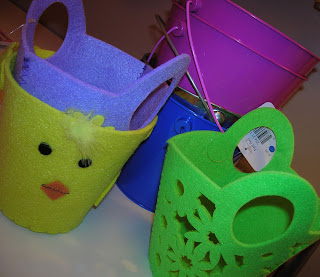 What better thing to include in adult Easter baskets than movies? If I were a nerd, you’d likely find D&D characters and pocket protectors in my cart. Right? Right! 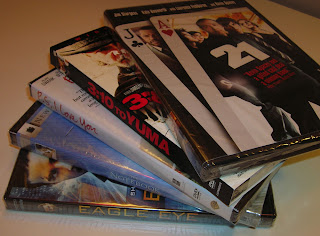 And those who think candy is nerdy aren’t human. Chocolate pigs and all. It’s that simple. 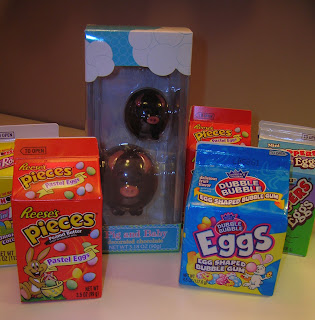 So, tell me, are these the makings of a nerd’s shopping basket? If so, then being a nerd is A-OK with me.

P.S. The Blog Barracuda post was my lame attempt at a blog April Fools Day joke. I was originally going to do a picture of a positive prego test, but I decided it would be in poor taste. This was my consolation prize. Rest assured that there is no such thing as a Blog Barracuda…yet. ;)
Posted by Megan

It was the baskets and candy that made you look like you had kids.

You should have put that SEXY (knit grandma) nightshirt on the top of the pile, and she would have never made that "nerd" mistake. Bwahahaha! ;)

That basket is so not nerdy, and who the heck is she poking her noise in there anyway?
Wacky!!!
(and I know wacky!!!)
BTW, I <3 those Double Bubble eggs, the best thing evah!! Lucky Easter Ducky who gets some of those ;) (not nerdy at all!!!)

How dare she say you are a nerd!! Could be the baskets and candy that made you look like you have kids. I'm jelous of the Prince CD! I took your class @ CKC St. Louis...had a great time.....so much fun. Hope you are there next year too! I posted about it on my blog:
http://jen-scrapshack.blogspot.com

Hey Megan, thanks for stoppin by my blog... i so appreciate it. I don't know how you found me, cuz girl, i was trying to find your blog all day yesterday, so i could link you in my blog... ugh!!! Hope you like wht i did with the book, i changed the whole cover and theme..he hehee.... noone wants to "peek into my week" it's pretty boring!!! Have a great Easter!!!

I can't believe that a complete stranger said that!! Geez....people!!! Did you look at what was in her basket lol!!! There is nothing in yours to make you look like a nerd!! Thanks for the laugh!!! And have an awesome easter!!