Yo! It's Maggie's Birthday 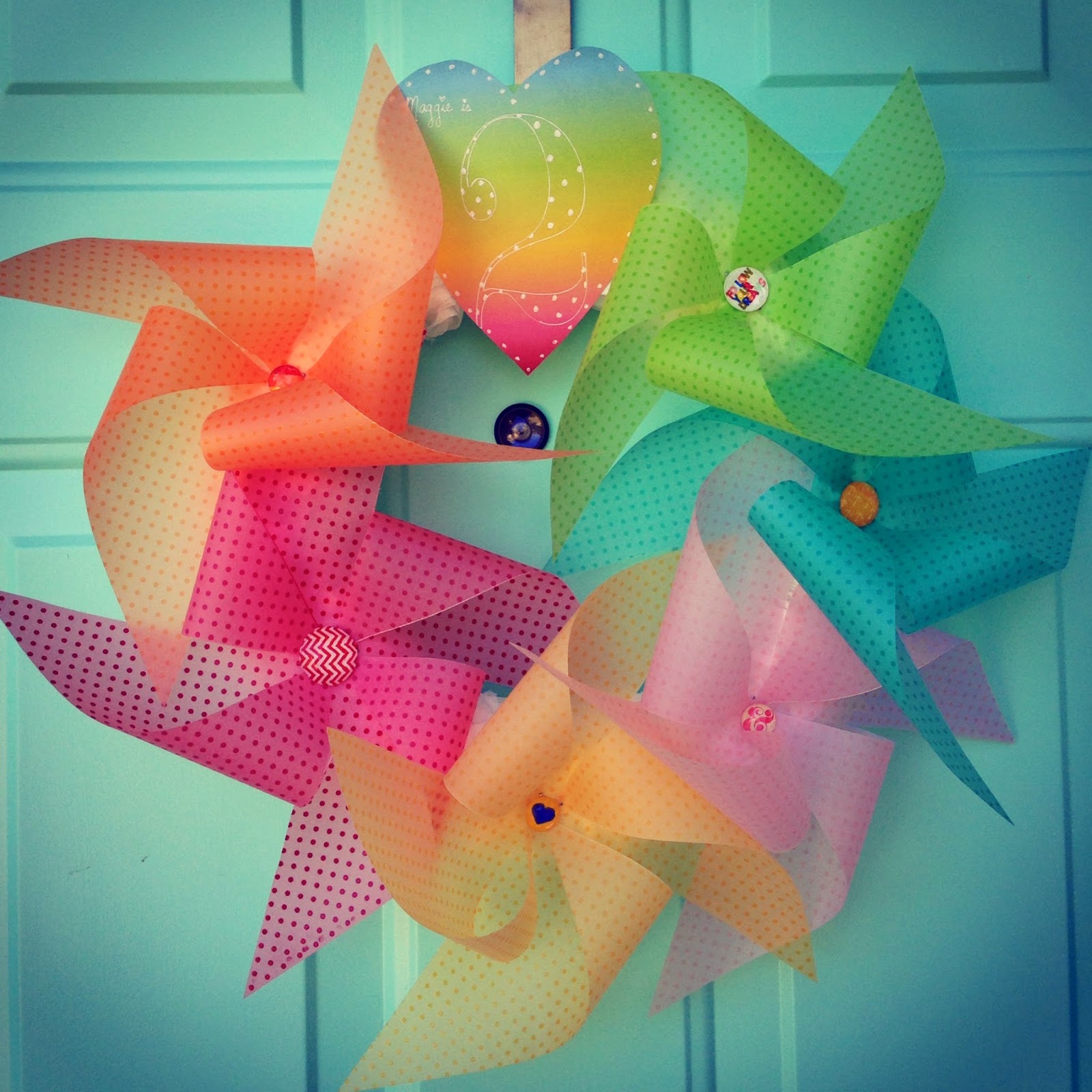 I know it sounds generic to say I can't believe my baby girl is two, but that's the reality. Where did the time go? It seems only yesterday I snapped this shot of my beautiful 9-month-old. 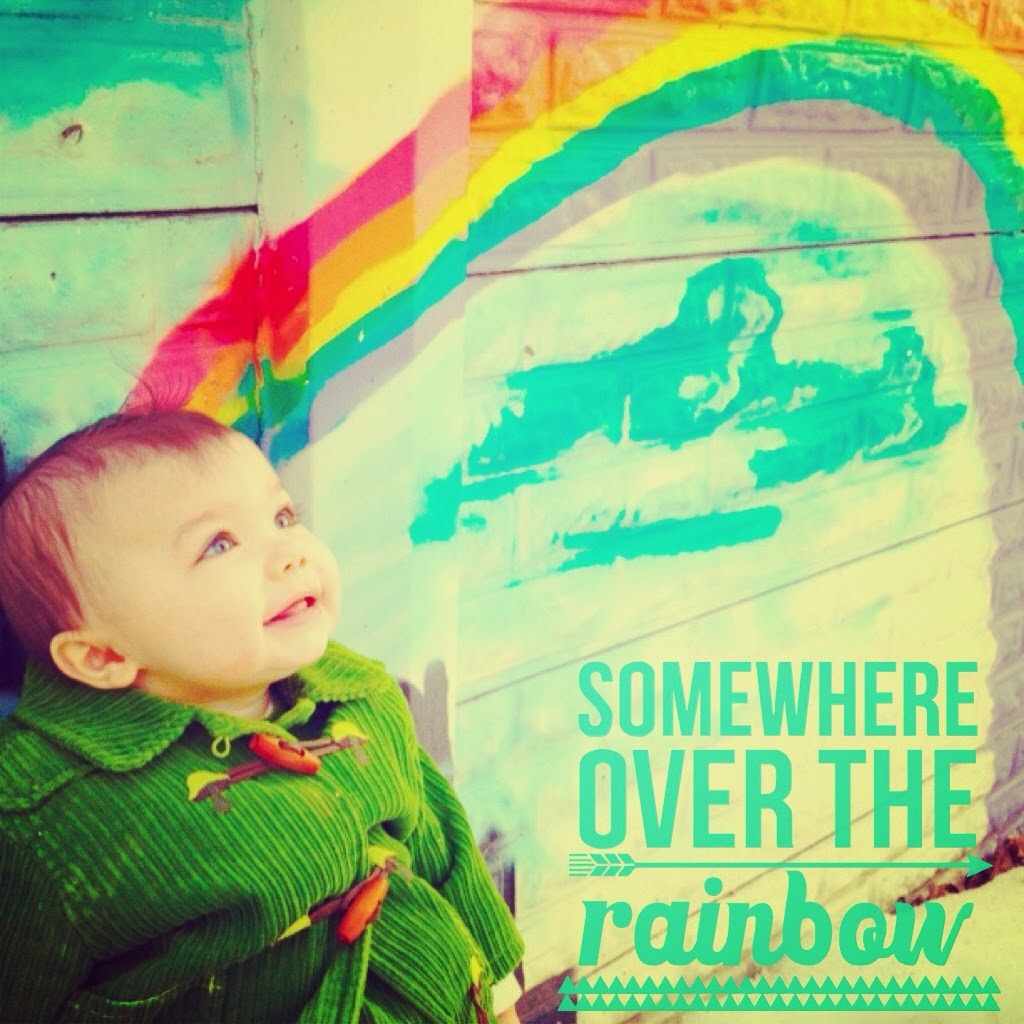 This shot was taken a year later, this past St. Patrick's Day. 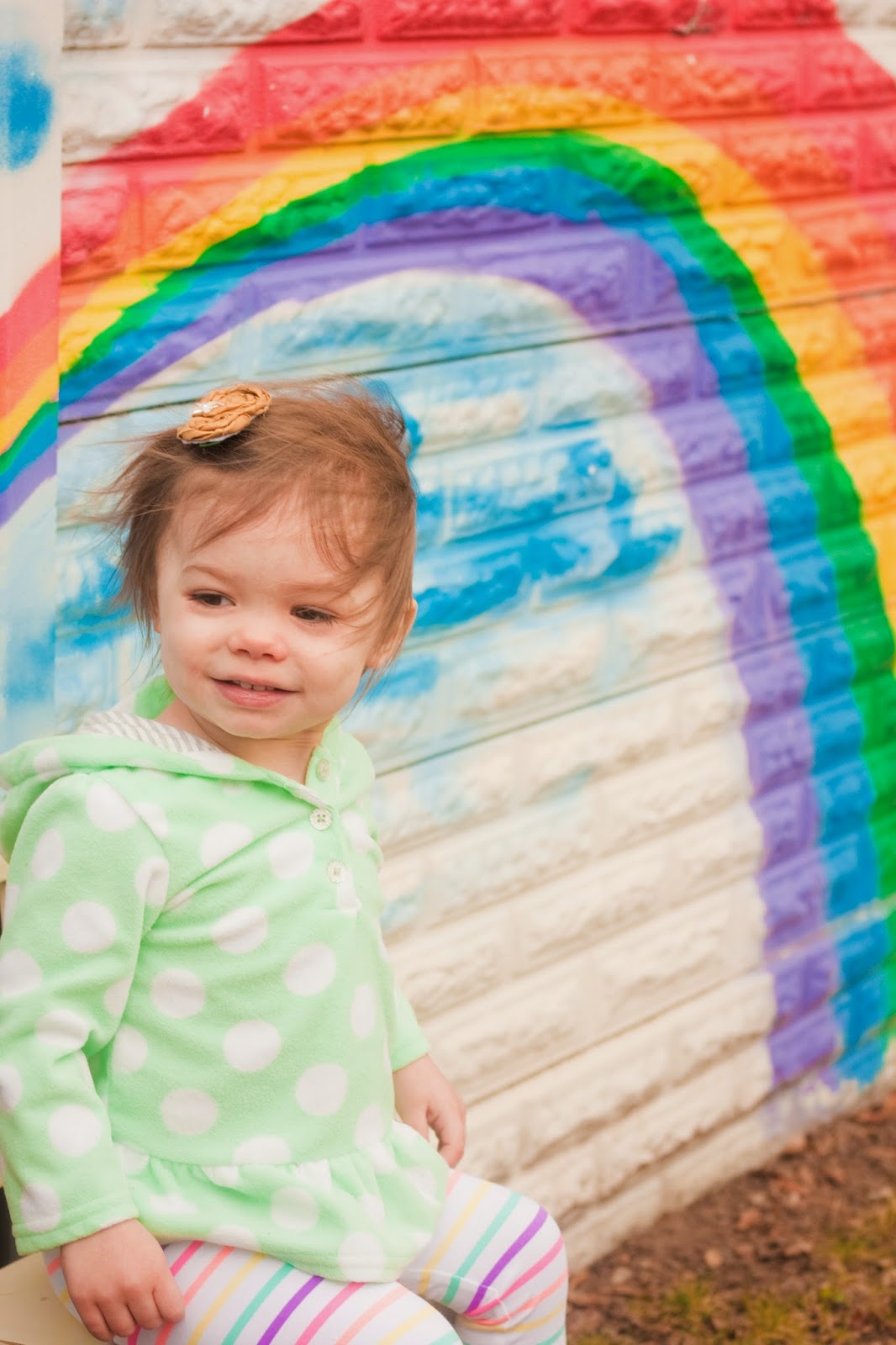 As these shots probably suggest, I'm a big fan of the rainbow look. And my Mags ADORES Yo Gabba Gabba, or "Gabba Show," as she's known to call it, so a rainbow-themed birthday party seemed the obvious option.

Without much time or $, I had to do what I could with my resources. Not a huge shindig, but enough that I think she had a great time, which was of the utmost importance to me.

The Gifts
Festivities included Yo Gabba Gabba-inspired gift wrap. I simply bought a rainbow tissue pack and set to creating the Gabba friends. 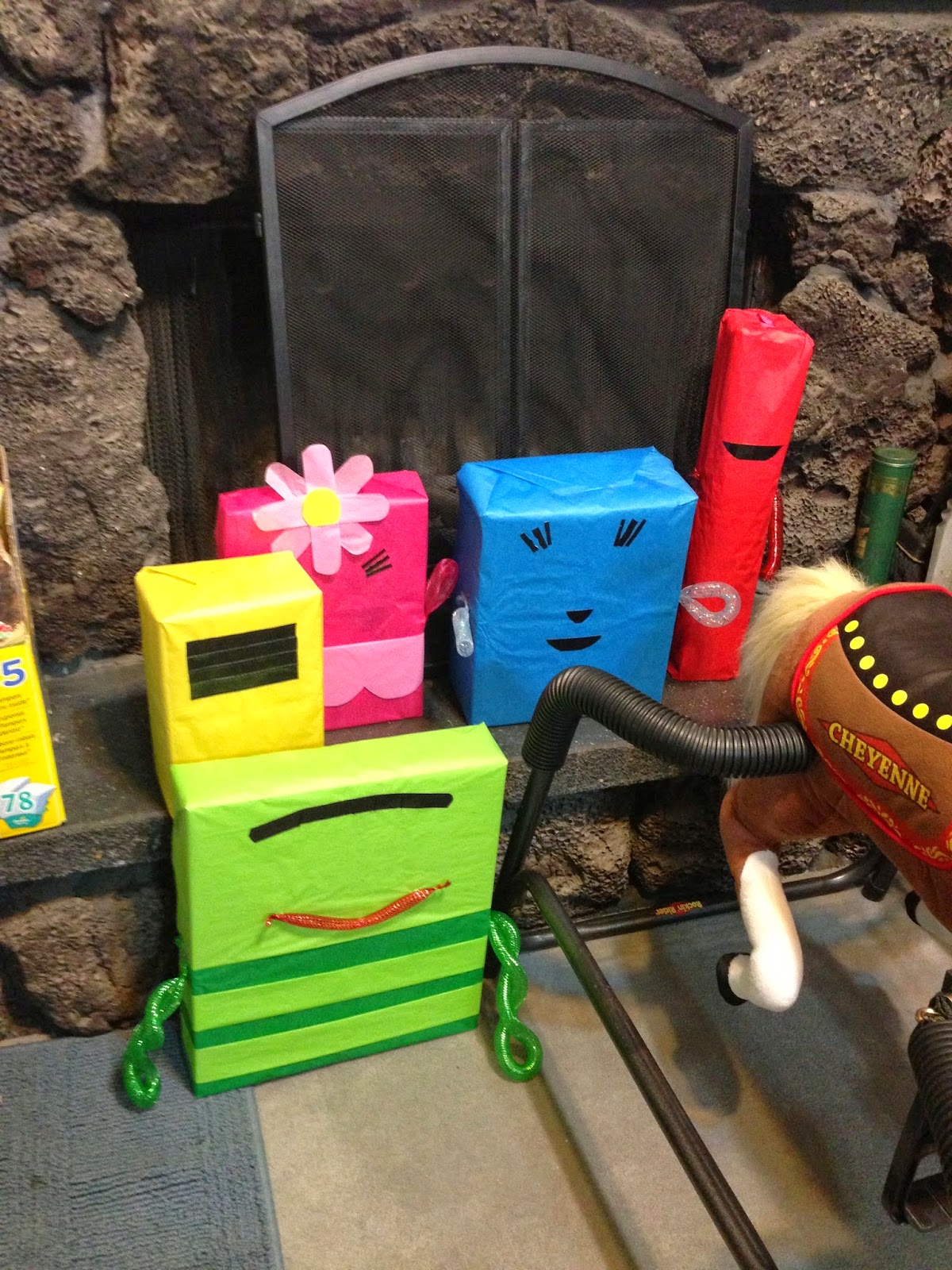 The eyes are made from white cardstock and a Sharpie marker. The black on the the lashes and such were created using electrical tape (so easy!). The arms were made using that awesome "fingertrap" ribbon. Do you know the stuff I mean? It's stretchy and awesome. I got mine from The Container Store, Hobby Lobby, and Michael's. 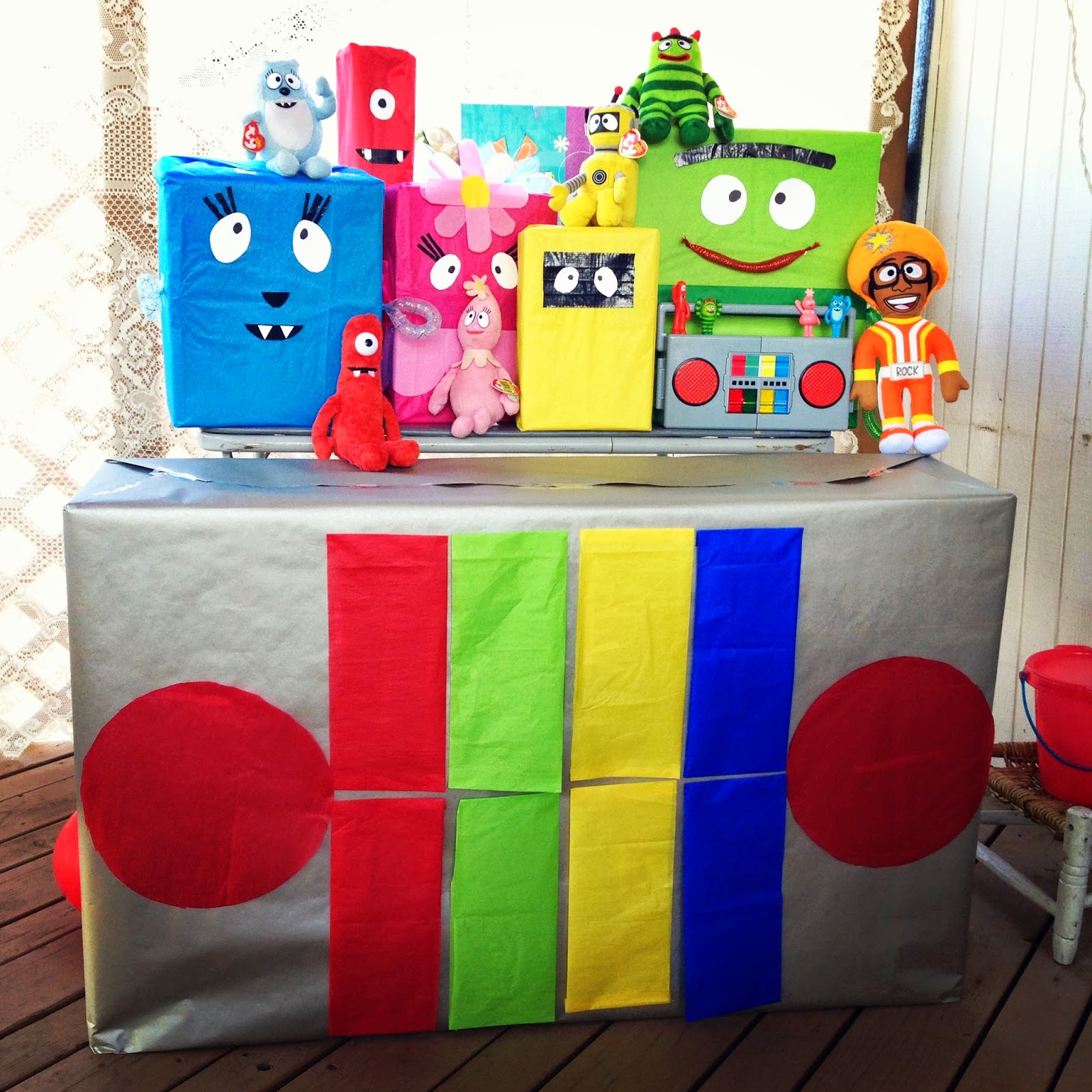 Over the Rainbow
I wanted to make a balloon rainbow and found the easiest approach to take was to tie balloons directly to two pool noodles. I didn't tie them off first. I simply blew them up and wrapped them around the noodle to tie them off, which allowed me just enough stretch to fit. When I tied them off and then tried to wrap them around the noodle, they wouldn't reach.

Once hung, the rainbow arch made a nice photo backdrop for our event. 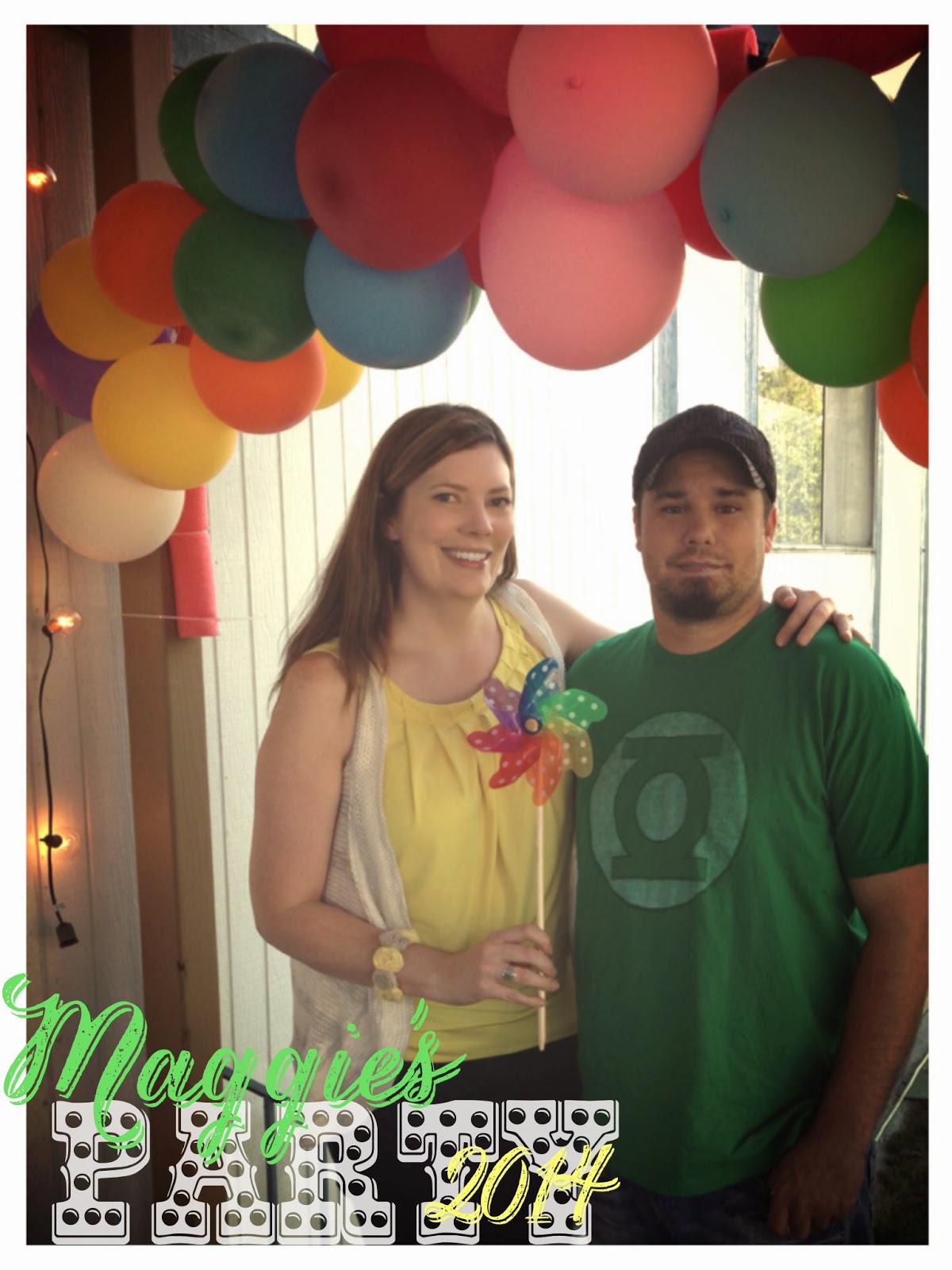 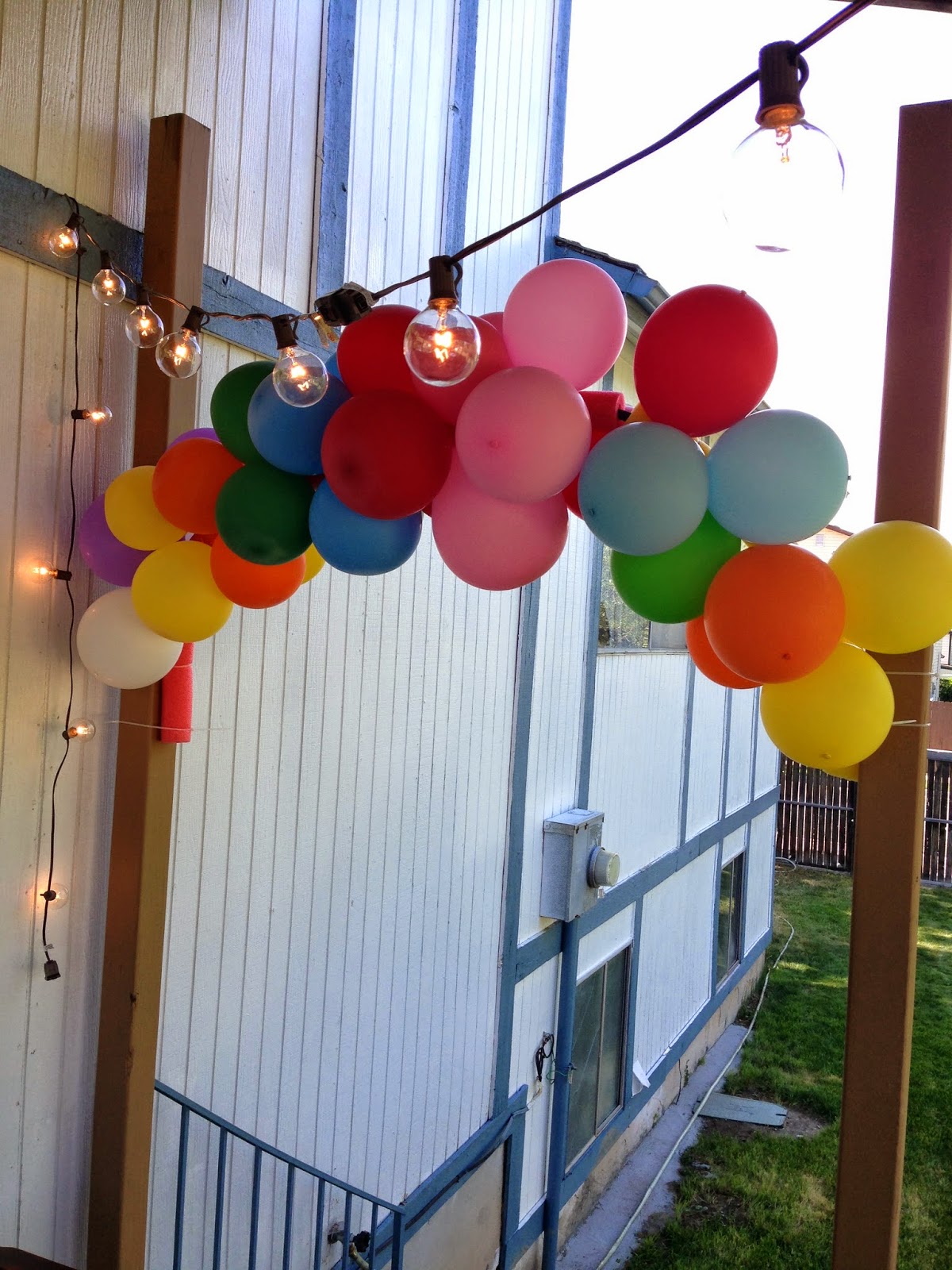 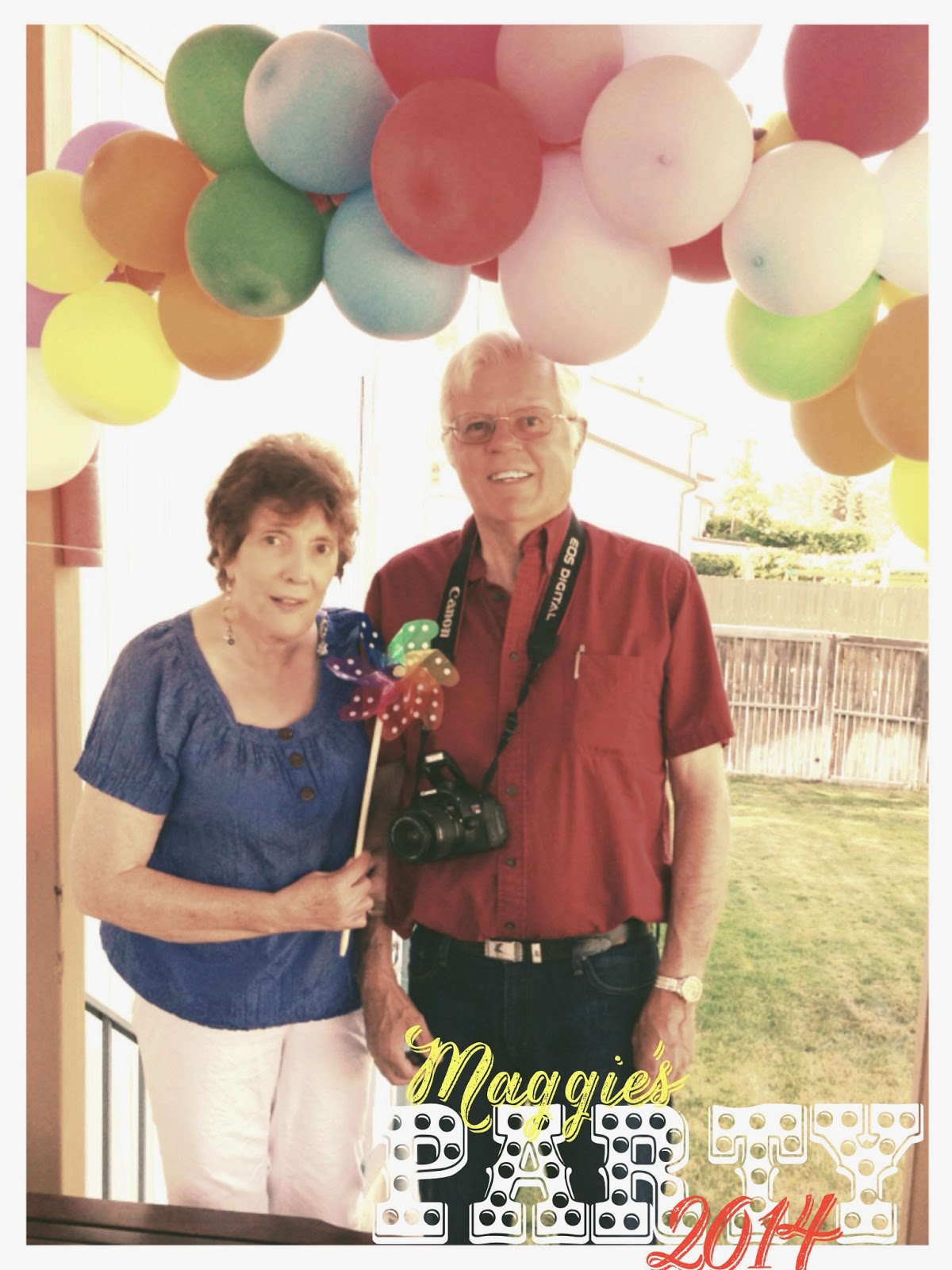 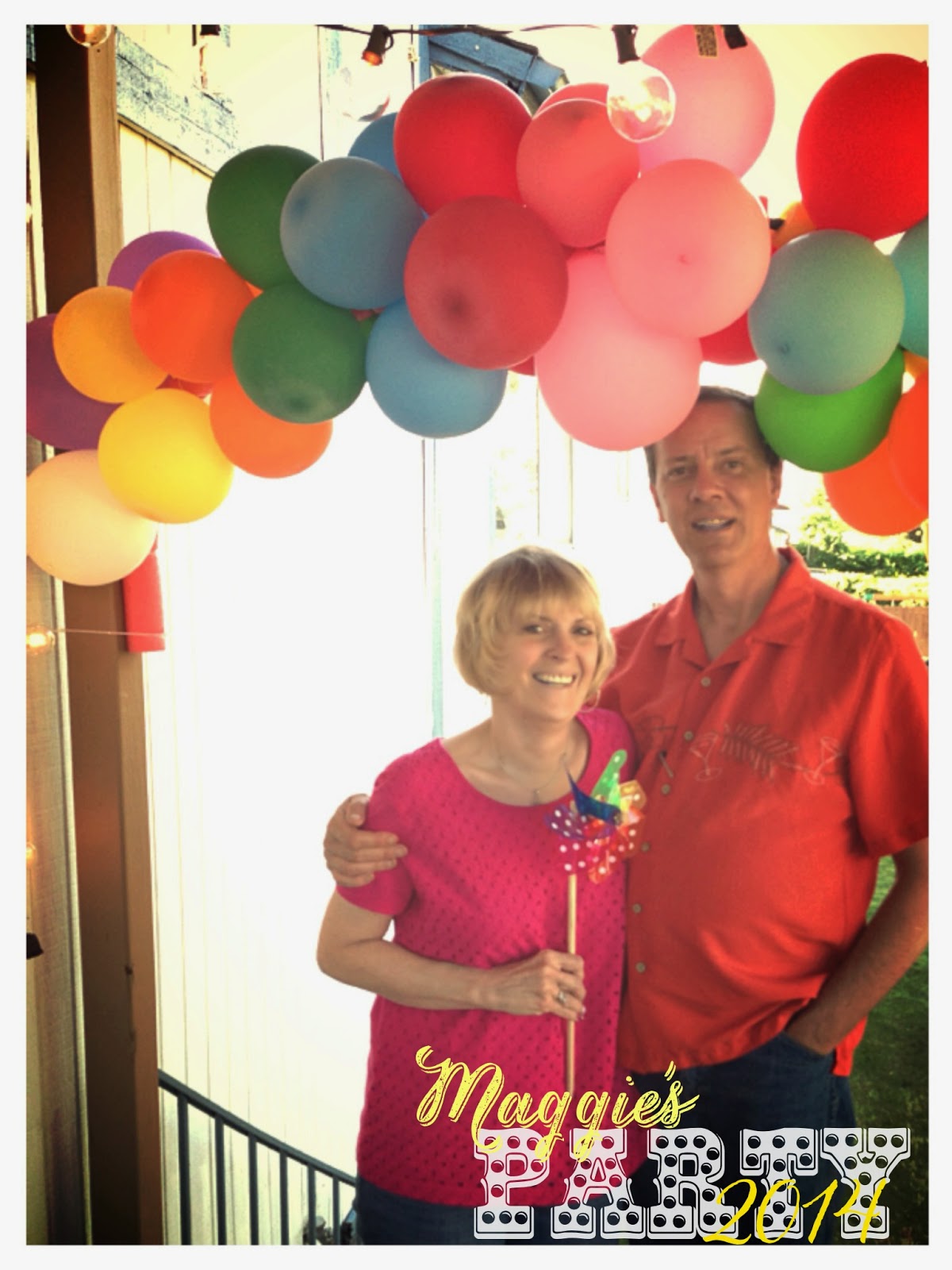 For fun, I used cool glow-in-the-dark balloons, which I highly recommend. Unfortunately, I didn't think to snap any pics of my balloons after dark. D'oh! But I assure you they're fun.

Yum!
The cake was easy enough. I just picked up an ice cream cake at the store and added some small Yo Gabba Gabba toys to the top that I had purchased to give Maggie for her birthday anyway. This just gave them an extra special role. 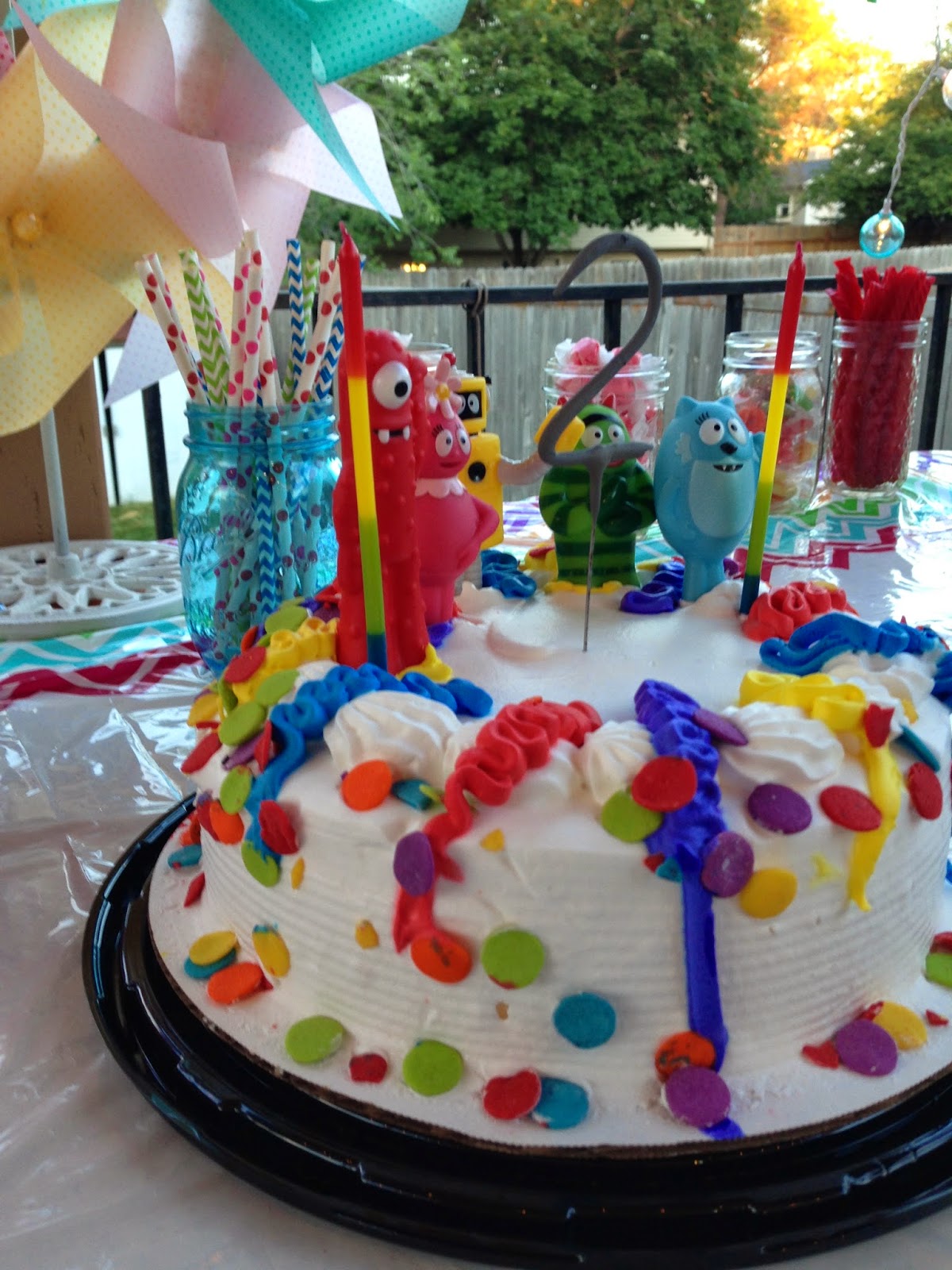 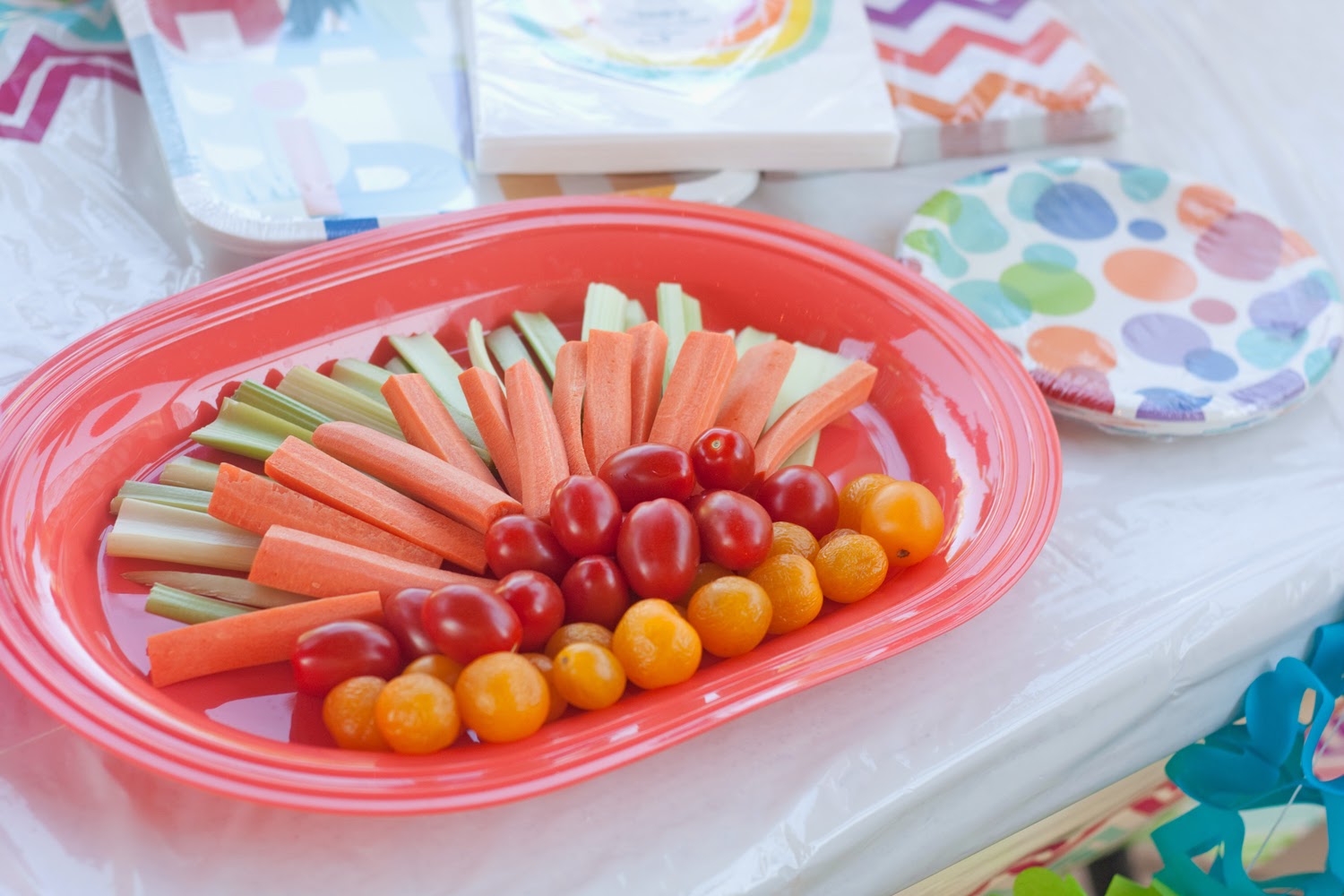 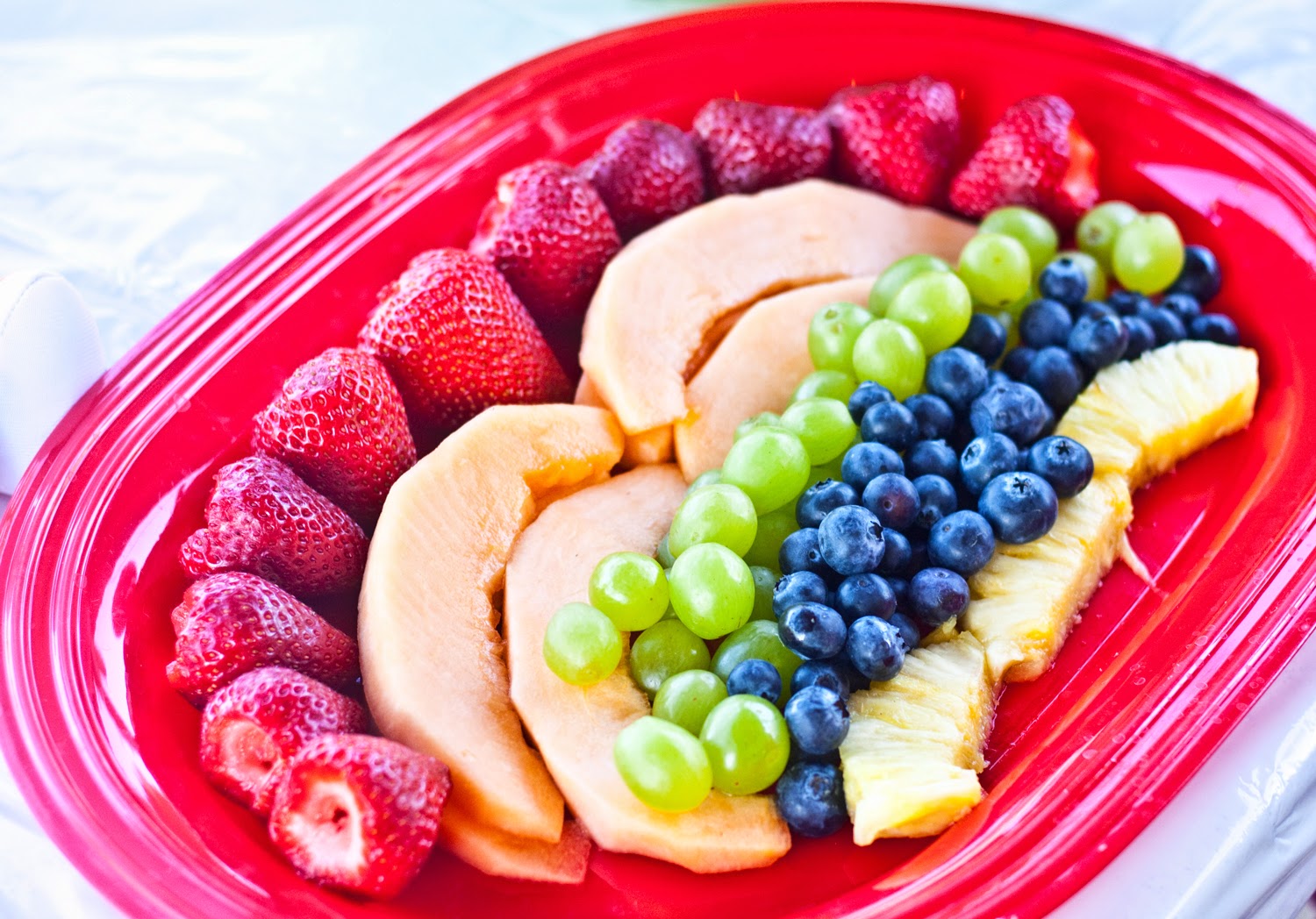 And what would a Gabba celebration be without some Dazzleberry Lemonade? Sadly, I didn't have time to add my YGG labels, but the beverage was still tasty, and the rainbow pitcher from Target was just right for the occasion. 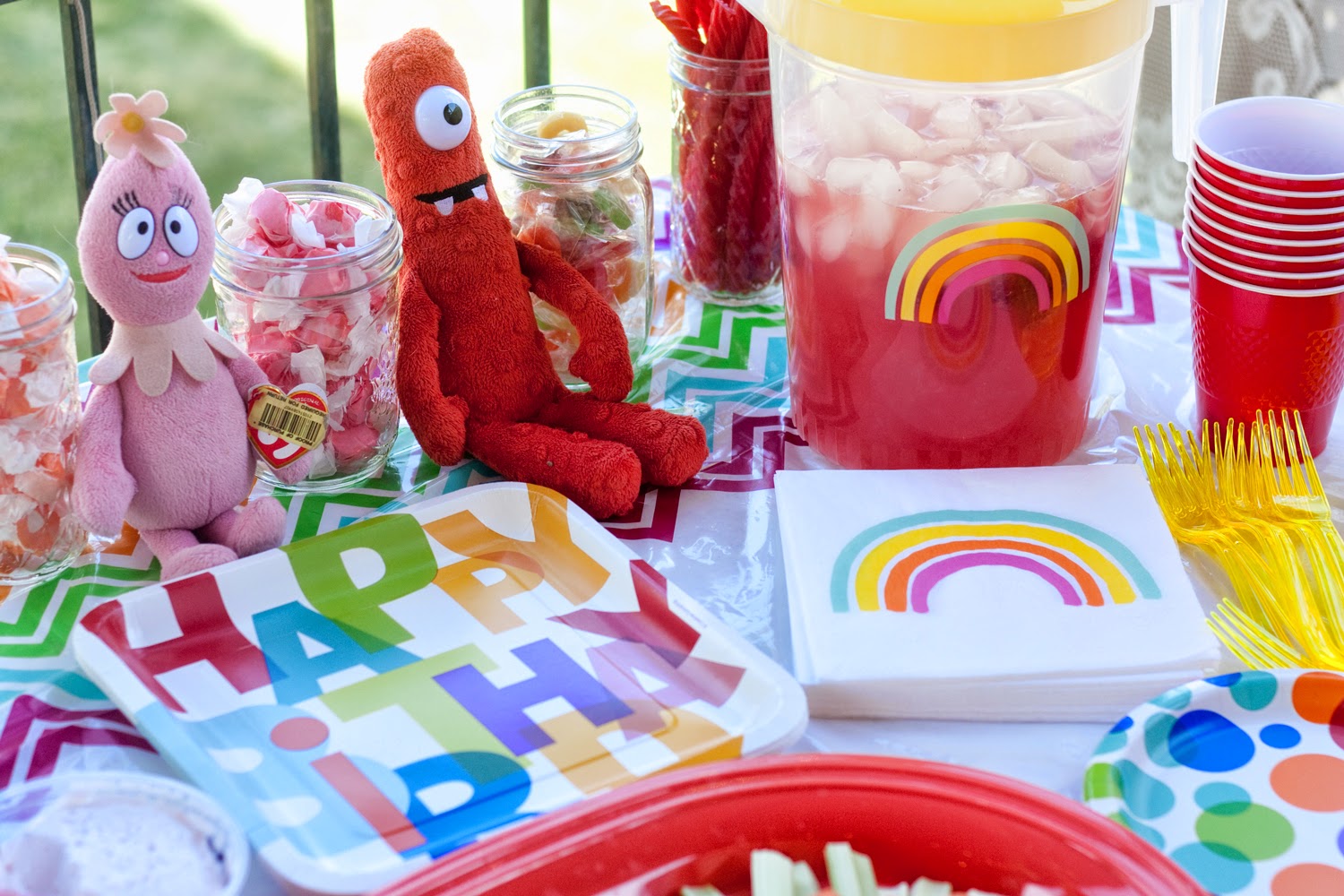 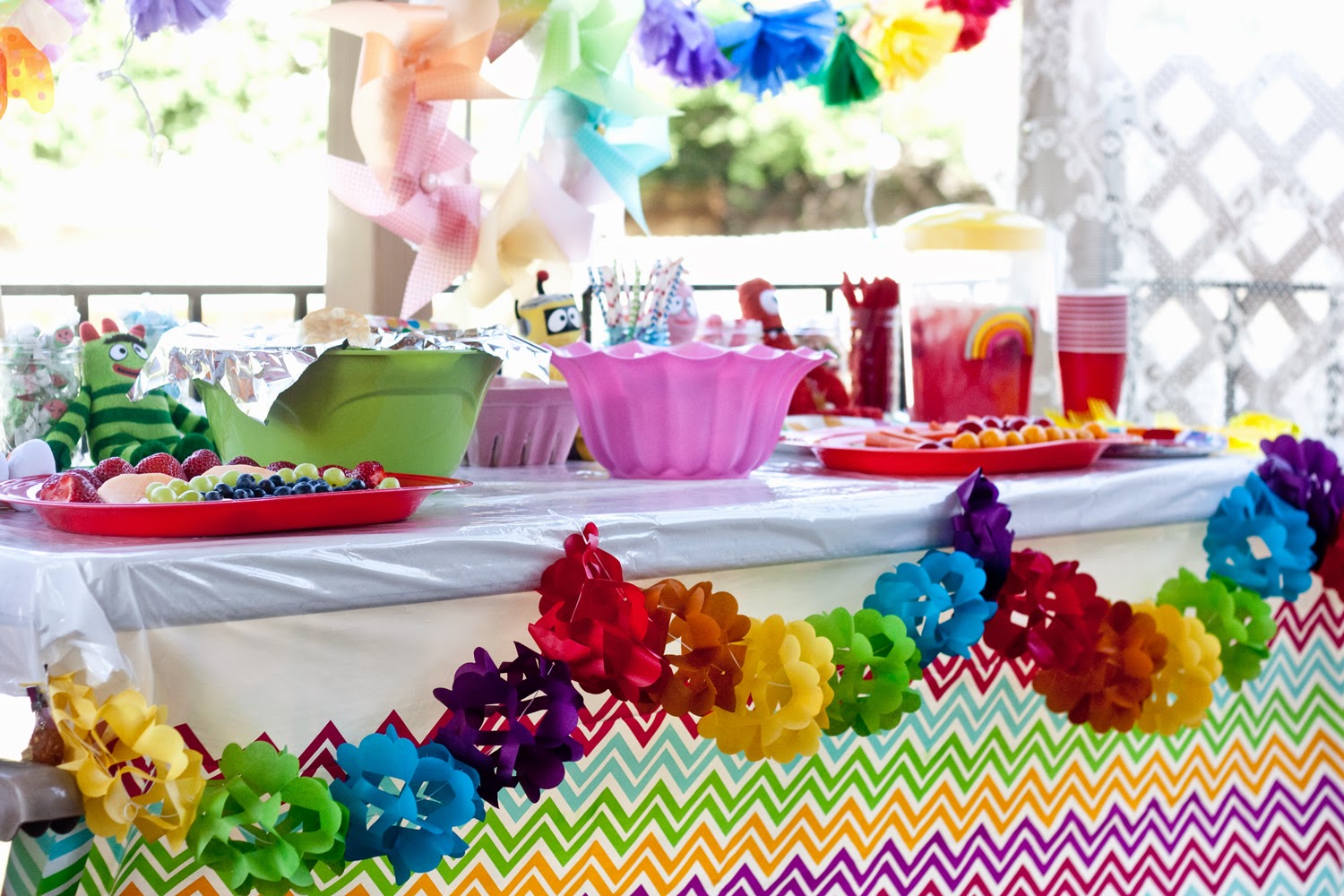 I made the wreath from vellum provided by Doodlebug Design, patterned paper from Simple Stories, and gems from Glitz Design. Love the way it turned out! Simply fold the pinwheels and pin them to a foam wreath. It's a, ahem, breeze. ;) 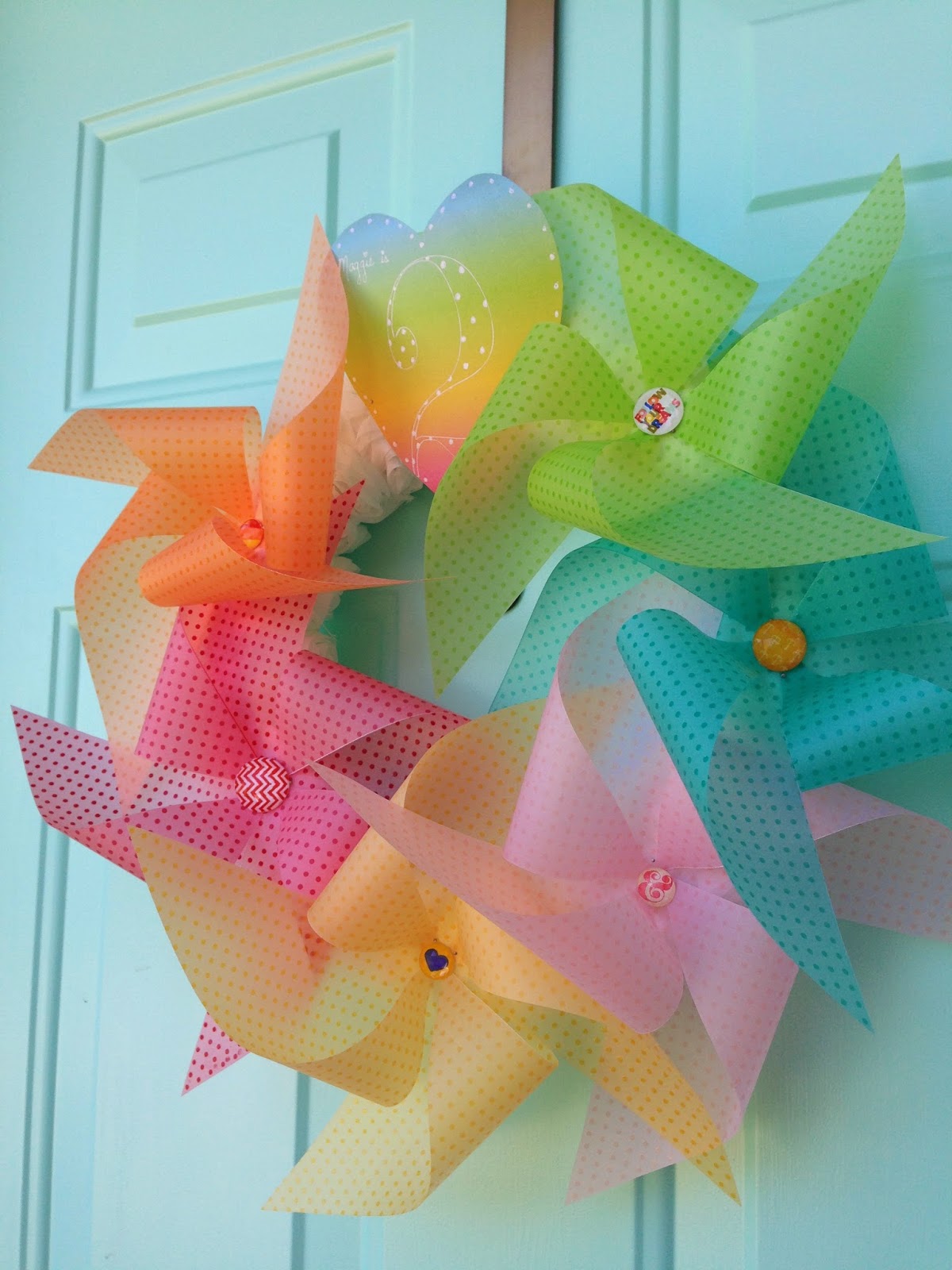 Mom, Pop and I put the tassel garland together, which we made from tissue paper. It's an easy enough project, but it is a bit time consuming. Just FYI. 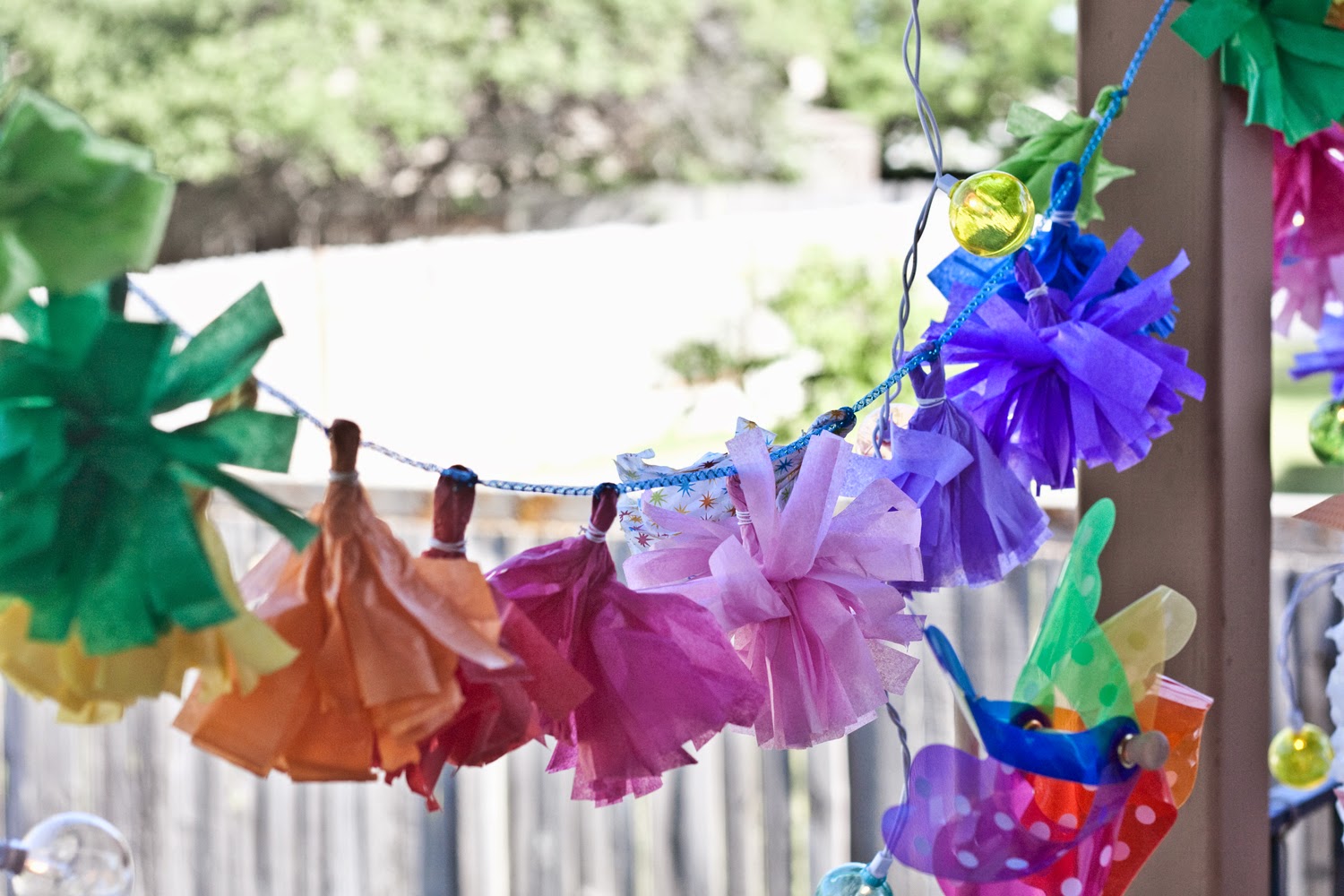 Thank You!
Speaking of Mom and Pop, none of this happiness would have happened without them. They both opened their home for the event and helped with the decorating/decorations and food. Maggie is so blessed to have such giving grandparents! 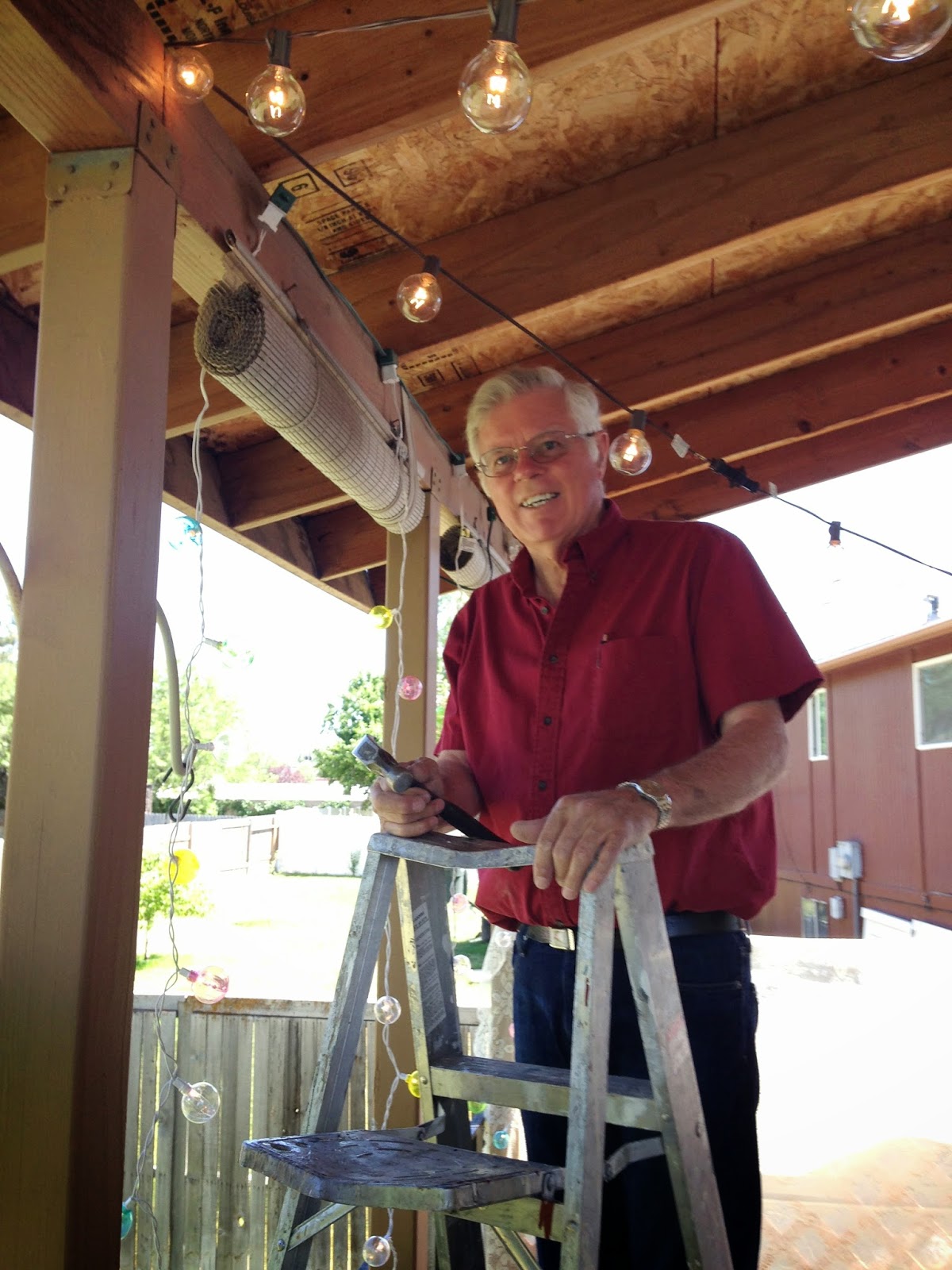 It's a Hit with the Two-Year-Old Market
All in all, I'd say our rainbow extravaganza was a success. A bright and shining way to welcome age two. 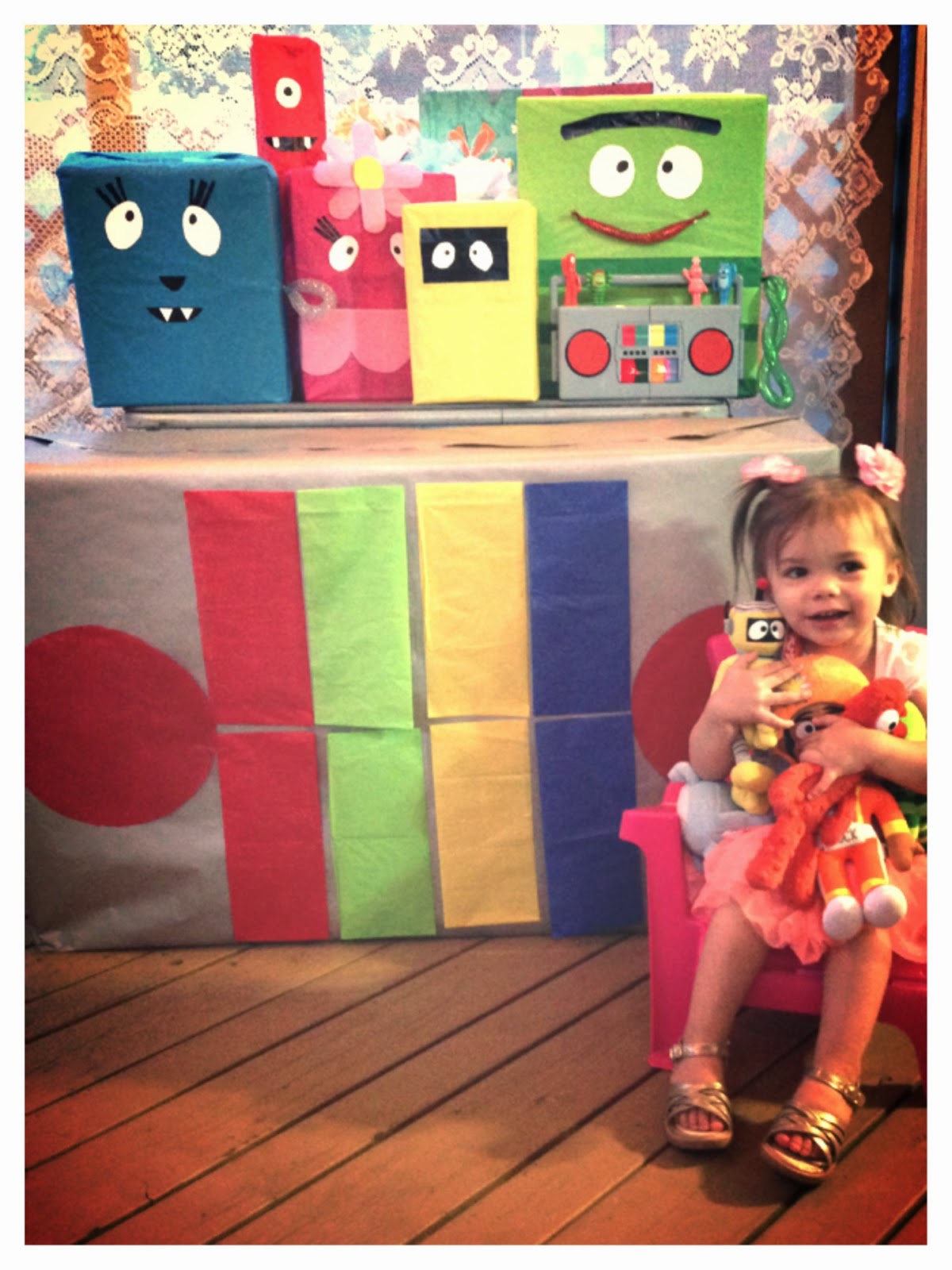 Happy birthday, my beautiful girl! We love you!

P.S. Speaking of rainbow bidnaz, I'm talking the trend of rainbows over on the Scrapbook & Cards Today blog today. I invite you to take make this rainbow connection. :)
Posted by Megan

Adorable! Both the party and your sweet Maggie. :)
I love the vellum pinwheel wreath, and my favorite is your rainbow balloon/pool noodle creation - so creative and cool!!

Oh my goodness!!! That is all way too cute! You did an amazing job!

Ahhhh! I love this so much! The pinwheel wreath is heavenly.